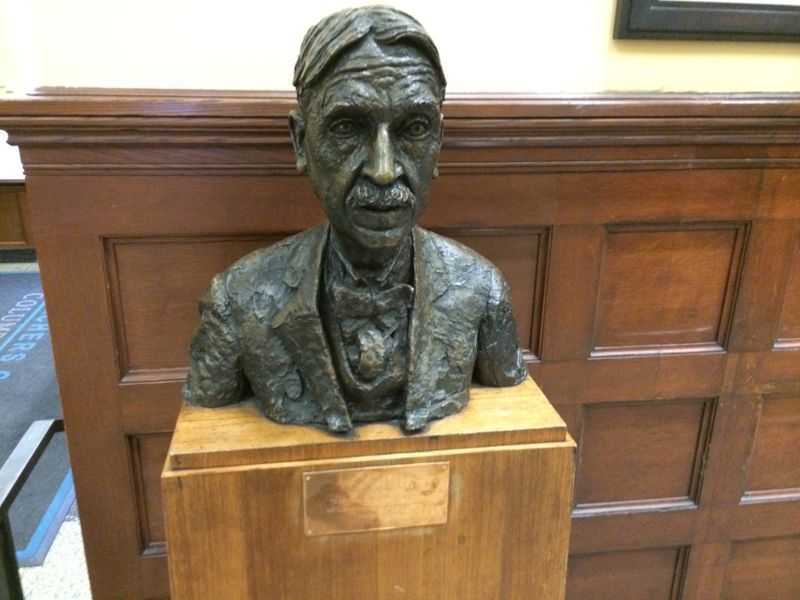 Did you know that influential American philosopher, psychologist, and educational reformer John Dewey was born this day, October 20th, 1859 in Burlington, Vermont? The third of fourth sons to Archibald Dewey and Lucia Artemisia Rich, John Dewey attended public schools in his hometown before enrolling at the age of 15 years at the University of Vermont. He went on to earn a doctorate from Johns Hopkins University in 1884, after which he was hired as an Assistant Professor at the University of Michigan. Four years later he left with his family to begin teaching as a philosophy professor at the University of Minnesota. Dewey's career took him to the University of Chicago to head up the philosophy department, while also serving as Director of the School of Education. There he founded the University of Chicago Laboratory Schools in the Hyde Park neighborhood which served children, pre-kindergarten through 12th grade. In 1904 he went East to Columbia University where he was a professor of philosophy, and also taught in a unique position at Teachers College, Columbia University. He was one of the first seven professors to constitute the Department of Educational Research at Teachers College -- retiring eventually in 1930.

As advocate of progressive education, Dewey believed in learning through doing, with a deep faith in democracy and "education as the fundamental method of social progress and reform". The founder of the intellectual movement known as pragmatism, and prolific writer, he published approximately 40 books, in addition to 700 articles. Dewey profoundly influenced philosophy and practice throughout the world, especially in the East, where he travelled to China and Japan and delivered hundreds of lectures during a two-year sabbatical from Columbia University and Teachers College, Columbia University. To this day, Dewey is widely read, and his teachings, a signifiant component of higher education curriculum. 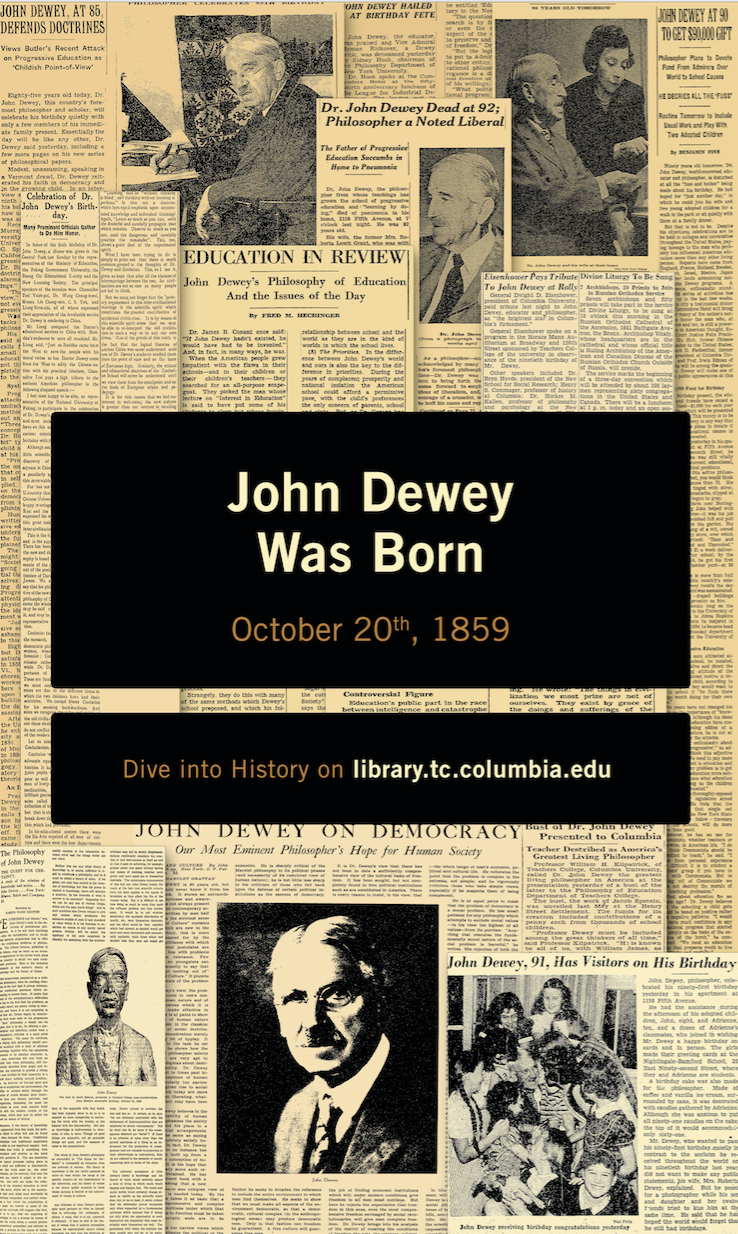