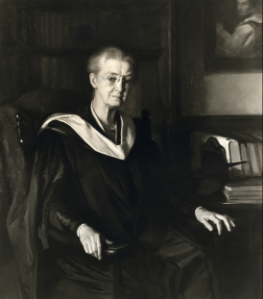 Mary Adelaide Nutting (November 1, 1858 – October 3, 1948) was a Canadian nurse, educator, and leader in the field of hospital health care. She was one of six children born to Vespasian and Harriet Sophia Nutting in present-day Quebec, and lived humbly with her family.

At the age of 31, Miss Nutting joined the inaugural class for the training of nurses at Johns Hopkins University and graduated in 1891. Her interest in hospital economics and physiology drew the attention of James Earl Russell, Dean of Teachers College, who promoted her from a part-time teaching position to a full time professorial one, as well as Chair of the Department of Nursing and Health. Nutting's humanistic vision for hospital administration and nursing education would profoundly influence the development of the field of modern nursing and establish Teachers College as a pioneer in nursing education and health related areas.

Mary Adelaide Nutting was herself greatly influenced by the teaching of Florence Nightingale (1820-1910), British social reformer, statistician and the founder of modern nursing, who was also known as "Lady With the Lamp."

The voluminous History of Nursing written jointly by Miss Nutting and Miss Lavinia Dock, also a nurse, feminist,  pioneer in nursing education and social activist, is still considered the authoritative work on this subject. During the first World War, as chairman of the Nursing Committee appointed by President Woodrow Wilson, Miss Nutting left a brilliant record of swift and efficient organization to increase the supply of nurses and co-ordinate their services. In 1921, in recognition of Miss Nutting's conspicuous service to nursing education and public health, she was awarded an honorary Master of Arts degree by Yale University. In 1944, Nutting was awarded a medal in her name, presented by the National League of Nursing. 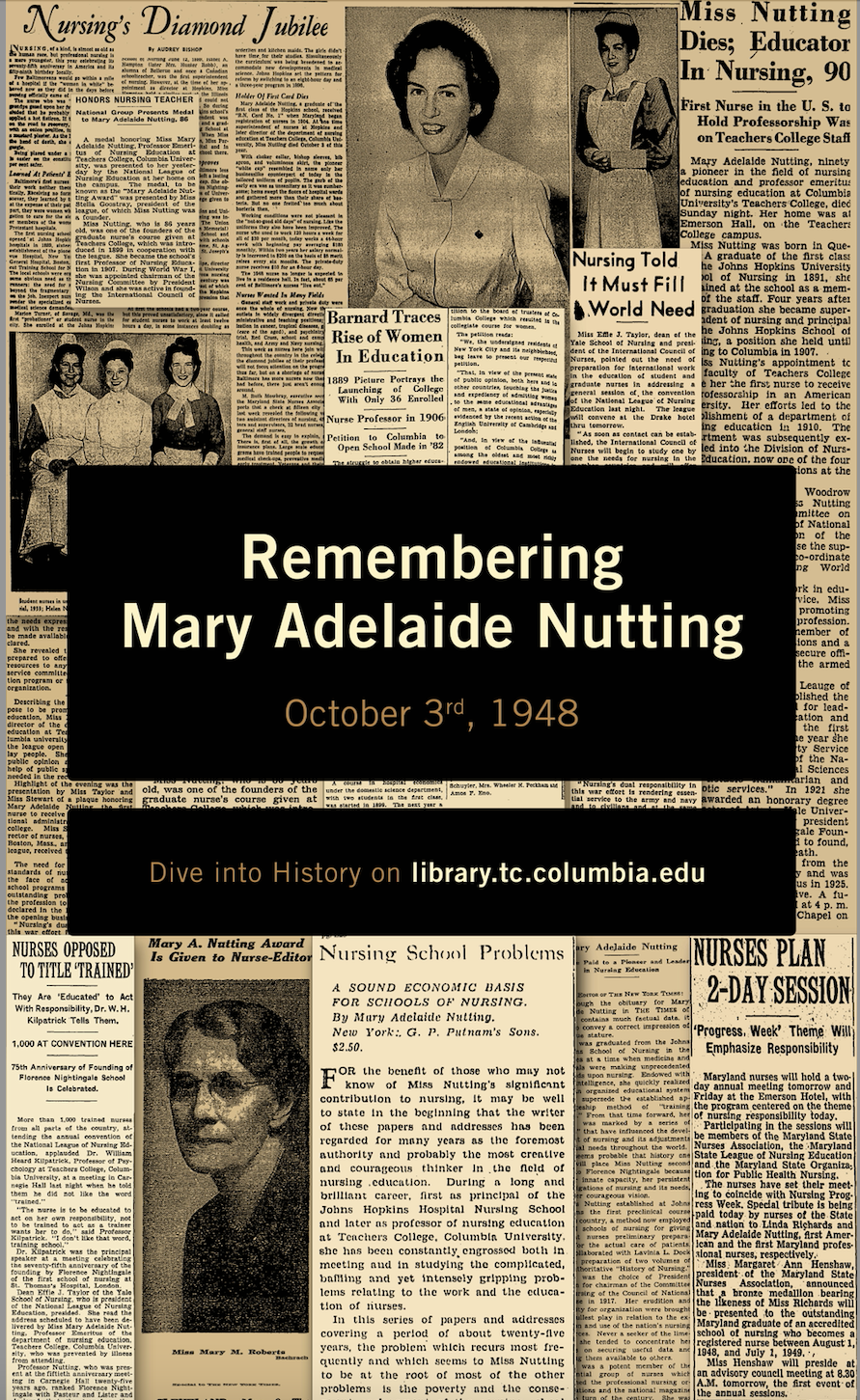