Today in History: Israel-Palestine Peace Accord Is Signed

Today in History: Israel-Palestine Peace Accord Is Signed

On September 13th, 1993 representatives from Israel and Palestine met at the White House to sign an historic agreement that signified movement towards peace through the sharing of holy land between the River Jordan and the Mediterranean Sea. Officially titled the Declaration of Principles on Interim Self-Government Arrangements (DOP), the Oslo Peace Accords' document emanated from a plan between Palestine and Israel to address the conditions of a future Palestinian state. Israeli Prime Minister Yitzak Rabin, President Bill Clinton, and Chairman of the Palestinian Liberation Organization Yasser Arafat presided over the signing.

In return for Palestinian partnership in matters of Israeli security, it was agreed to set up Palestinian self-government in five years, with attention to Jerusalem, final borders, Jewish settlements in the West Bank and Gaza Strip, and the return of Palestinian refugees. Complications over the two-state solution continued, as religious nationalists disagreed with ceding their land, and subsequent and extreme acts of violence, ensued, including the assassination of Rabin, suicide bombings, and suspected poisoning of Arafat. Despite government and grassroots efforts for peace-building over the decades, conflict continues. 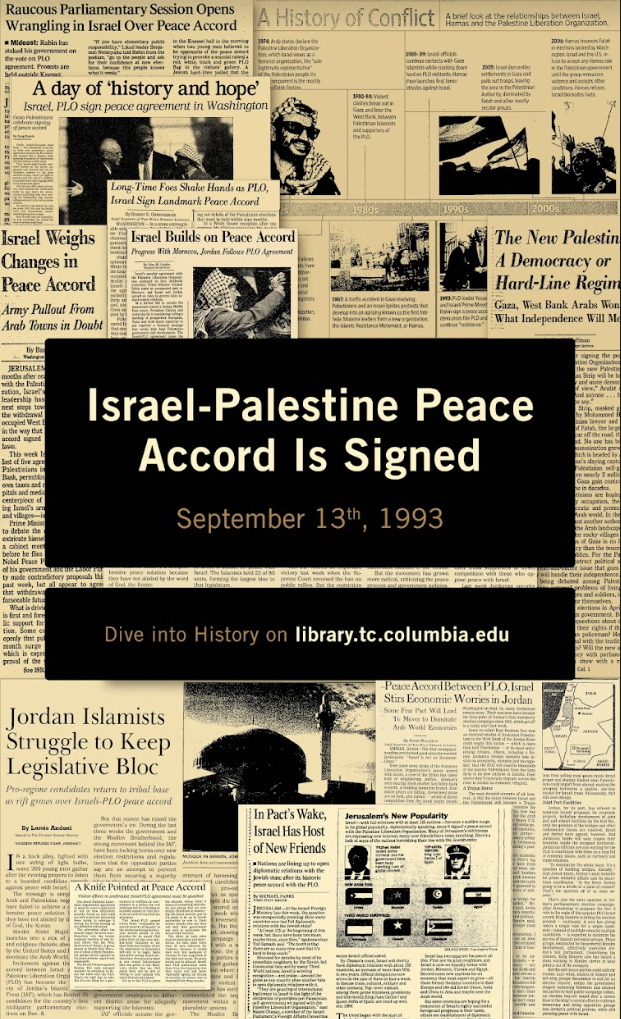