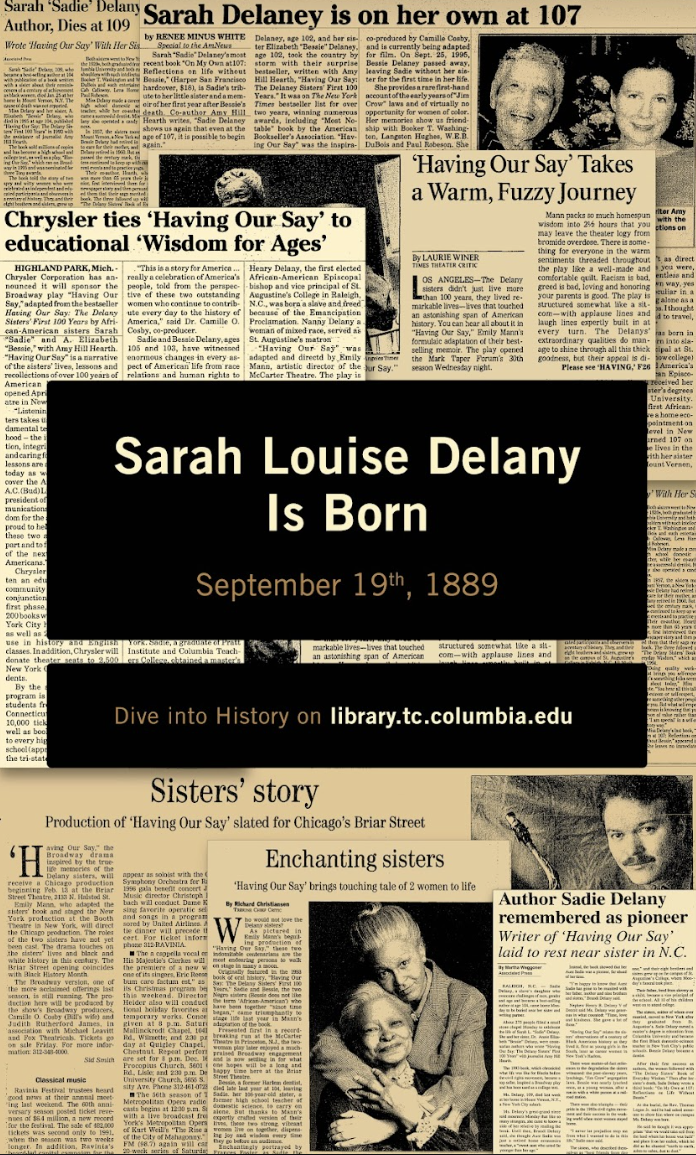 On September 19th, 1889 Sarah ("Sadie") Louise Delany, older sister to Annie Elizabeth ("Bessie")  Delany (September 3rd, 1891) was born in Lynch's Station, Virginia, to the Reverend Henry Beard Delany, the first black person elected Bishop of the Episcopal Church in the United States, and Nanny Logan Delany (1861–1956), an educator and adminsitrator. Sarah graduated in 1910 from St. Augustine's School, Raleigh, where her father served as Vice Principal, and her mother, as a teacher, before she moved to New York City to attend Pratt Institute and Teachers College, Columbia University, where she earned a Bachelors in 1920 and Masters in 1925. The first Black person to teach domestic science in a New York City high school, Sarah Delany was a civil rights pioneeer, along with her sister, Bessie, the first Black women to have earned a degree in dentisty from Columbia University.

The Delany sister's oral history Having Our Say: The Delany Sisters' First 100 Years was compiled by Amy Hill Hearth to become a New York Times bestseller (Kodansha International, 1993), then adapted to Broadway, as well as television film. Published on Sadie Delany's 104th birthday, their work is a heart-warming and moving portrait of two strong women who lived closely together for over 100 years, through joy and hardship -- and one that represents a vital, illuminating record of black American history, post-Reconstruction south to the end of the Cold War.