This collection commemorates the 50thAnniversary of Apollo 11 landing on the moon. It delves into the excitement, mystery, and anxiety of an entire nation as people of all colors, genders, and social classes huddled around televisions across America on July 16, 1969 to watch Apollo 11 launch from the Kennedy Space Center. As an historian and librarian with a concentration in archiving, Annette Mims has always been interested in the documentation of historical events.

Attempts to land on the moon occurred long before 1969. However, due to previous failures, the pressure on the some 400,000 people working behind the scenes to launch Apollo 11 was mounting.President John F. Kennedy stressed the significance not only of the mission, but also of its timeliness. The United States was in a competition with its Cold war rival, the Soviet Union, referred to historically as the Space Race. These two world powers were fighting for dominance in spaceflight capabilities.

Today’s generation is growing up in a fast-paced, technology-driven society. The very notion of landing on the moon appears almost elementary compared to current day space exploration. However, to every American looking up at the sky on July 16, 1969, straining their eyes as if they could each catch a glimpse of the spacecraft, the idea of someone landing on the moon was so inconceivable, it made Neil Armstrong’s famous quote all that much more monumental: “One small step for a man, one giant leap for mankind.”

Annette Mims is a Library Services Associate who is pursuing a Masters in Library Science at Queen's College, City University of New York. 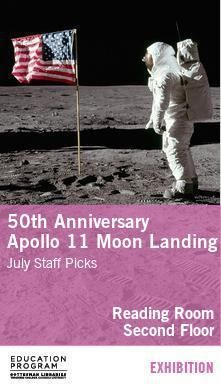